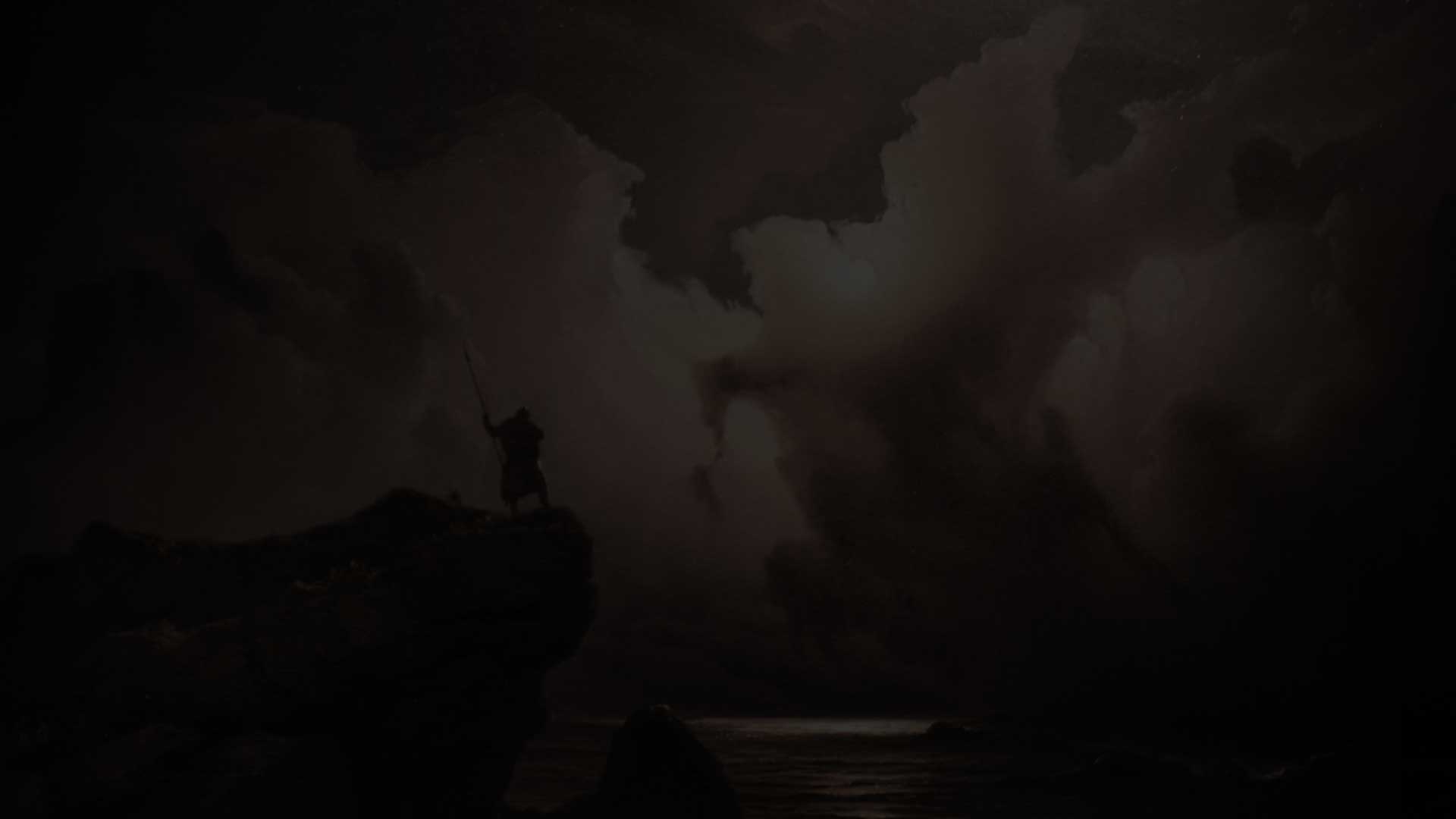 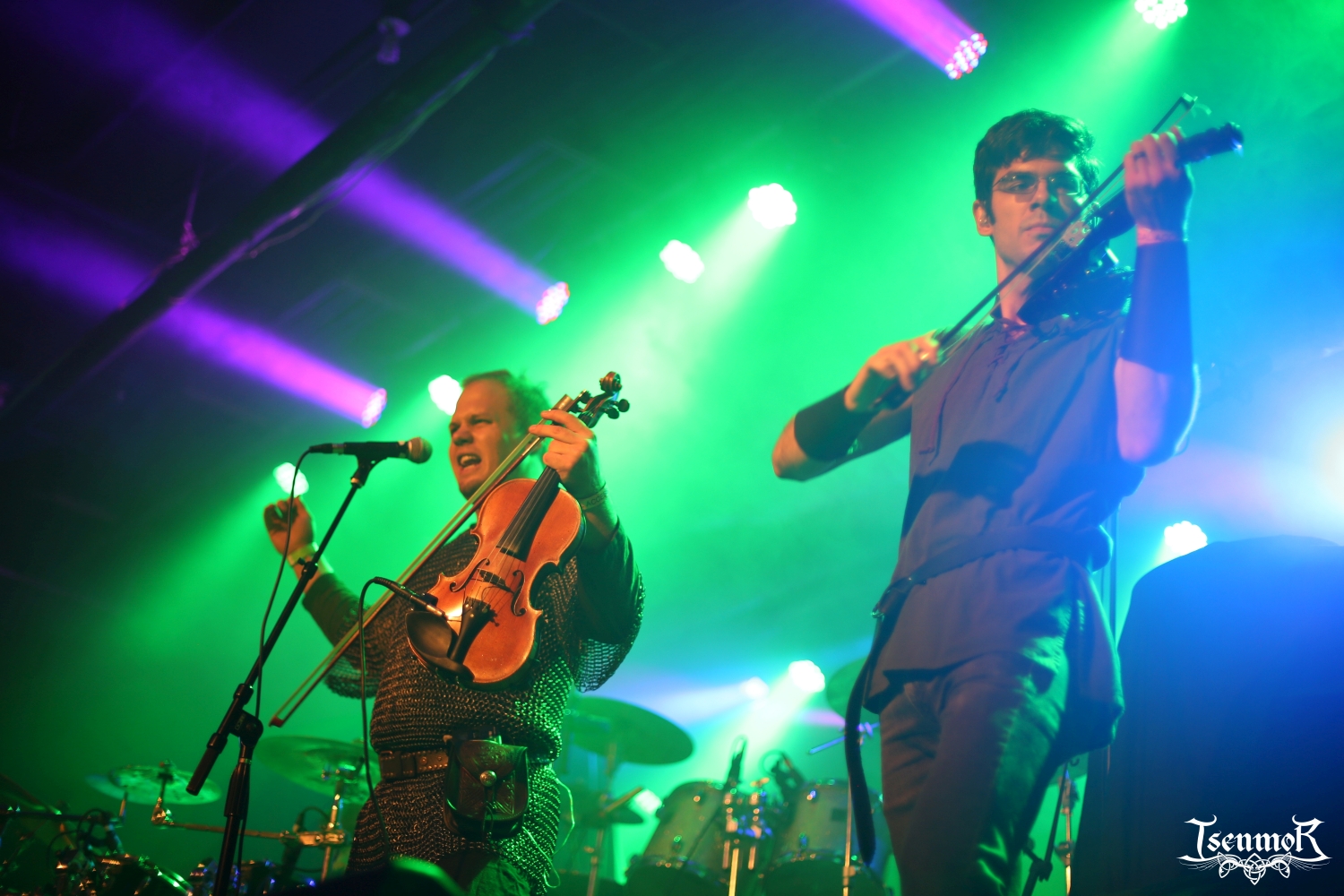 US dual-violin gewyrdelic folk metal band ISENMOR is celebrating the first anniversary of its debut album Shieldbrother with the release of “Wanderlust (Acoustic Version),” a folky re-imagining of the album track.

“Wanderlust” captures the spirit of adventure among the real peoples of the migration period and the heroes of their songs.  In verse as in real life men would travel far to seek new opportunities, be it new lands to farm or settle, or the hall of a warlike king where they could win glory.  For some, the constant search for new adventures or new challenges meant these travels would never cease.

During the height of the COVID-19 pandemic, ISENMOR embarked on an experiment to fully embrace the folk elements in their music. Sundered, the band challenged themselves to craft an acoustic re-imagining of a Shieldbrother song. With its jaunty pace and predominantly clean vocals, fan-favorite “Wanderlust” was an obvious choice. One of two songs birthed during the so-called “Isenless” sessions, “Wanderlust (Acoustic Version)” features all-new percussion and a vocal performance that will certainly resonate with any quarantined or locked-down pandemic-dweller.

ISENMOR released its debut album Shieldbrother on October 9, 2020 after a successful Kickstarter campaign that slayed its original funding goal nearly thrice over. The band has released lyric videos for “Battle Scarred” & “Furor Teutonicus,” as well as a violin playthrough for “Drink to Glory.”

We are proud to announce the release of our debut album, Shieldbrother! Hailing from Maryland, USA, ISENMOR sings tales of harrowing battlescapes and historic foes in their “gewyrdelic folk metal” style: a blend of metal, orchestral, and folk music, combining intricate violin leads and rich vocal harmonies with a strong guitar-driven folk metal base inspired by the stalwarts of the genre including TÝR, ENSIFERUM, and ELUVEITIE. The name ISENMOR is taken from Old English and translates to “iron wasteland”, referring to the broken and discarded weapons strewn around on the field in the aftermath of a battle. “Gewyrdelic” is an Old English word that roughly translates to “historical”. The meaning of the term, as well as its etymology, describe ISENMOR’s lyrical and thematic focus on the history and legends of the Anglo-Saxon and Germanic peoples.

Shieldbrother delivers tales of glory with the triumphant title track “Shieldbrother” and the furious “Furor Teutonicus,” sorrowful tales of woe such as the mournful “Battle Scarred” and the dirge-like “Mount Badon,” a 17-minute epic entitled “Sigurd’s Song,” the obligatory folk metal drinking song (with an ISENMOR twist) “Drink to Glory,” and more tales steeped in the myth and history of the dark ages.

Lyric Videos for Battle Scarred, Furor Teutonicus, and music video for Drink to Glory are available on our YouTube.

About “Saxon Shore”
“Saxon Shore” tells the story of the first wave of Anglo-Saxons to come to Britain as conquerors. The Saxon Shore was an area in southeast Britain originally fortified and manned to defend against Germanic raiders (referred to collectively as Saxons by the Romans). In time, the Romans recruited some of these same peoples to serve as soldiers, offering them settlement in this area in exchange for military service. These peoples eventually turned on the British, conquering them instead of fighting for them, carving out their own kingdoms that would eventually become England.

While the song is written from the perspective of the Anglo-Saxons, the lyrics are mainly based on the version of the story first recorded by the British monk Gildas in his 6th Century work The Ruin and Conquest of Britain, which is largely unfavorable of the Anglo-Saxons. The end of the song includes a quote from Gildas’ work, from a letter the Roman inhabitants of Britain sent to the Emperor requesting aid against the Saxons. The Emperors rejection of these pleas for aid are seen as the end of Roman rule in Britain and the beginning of the Anglo-Saxon kingdoms.

ISENMOR’s debut EP, Land of the Setting Sun, can be streamed to the right.

About Land of the Setting Sun
The EP title “Land of the Setting Sun” is loosely based on the expeditions to the new world at the beginning of the 11th century CE, referring to North America, the land far to the west, beyond the setting sun for those still in Europe. While this term does not appear in any of the extant literature (to our knowledge), it is based on the mythology surrounding the sun, and our imagining of what a pagan viking might have thought when venturing to the west. The vikings did not know the earth was round, and their mythology described the sun as being pulled in a chariot by the mythical horse Skinfaxi (Shining Mane). That a pagan might have thought he was venturing to the same land that the sun traveled to during its trip across the sky seemed a reasonable enough scenario for us to make a song on it. The song is riddled with references to the Norse myths surrounding the sun, but funnily enough, and contrary to popular belief, Christianity had reached Greenland before Leif Erikson’s expedition, and Leif as well as many or all of the vikings who reached North America were Christians, not the noble pagans we normally imagine. In addition to referencing the historical event, with special considerations for those voyagers who kept to the old ways, the song is also an ode to the human drive for discovery and adventure that led northern Europeans to North America, and leads people to new discoveries even to this day.

"Gewyrdelic" is an Old English word that roughly translates to "historical". The meaning of the term, as well as its etymology, describe ISENMOR's lyrical and thematic focus on the history and legends of the Anglo-Saxon and Germanic Peoples. The use of a 'c' instead of a 'k' in the word "Folc" reflects the Old English spelling, which otherwise has the same meaning and pronunciation as it does in modern English.